Kotobukiya’s amazing X-Men Danger Room Sessions Fine Art Statue series can not be stopped!  We’ve seen a variety of mutant heroes and even some reformed villains battling the holographic dangers in the X-Men training facility, and the latest fan-favorite character to enter the combat training facility is one of the most powerful mutants in existence, ROGUE!  Born Anna Marie in Mississippi, the young girl’s mutant powers first manifested during a kiss with her childhood boyfriend.  Suddenly she found herself absorbing his life energy, and subsequently ran away, taking the nickname Rogue in the process.  When touching a mutant, she absorbs powers in addition to memories and skills, making her incredibly powerful and incredibly dangerous.  During her early career she battled the current Ms. Marvel and seemingly absorbed her flight and super strength permanently.  She has been a steadfast member of various X-Men teams for years, and of course that means she’s spent quite a bit of time in the Danger Room.  Ever since the early days of Marvel Comics’ mutant adventures, “X” teams have trained together in the ultra high tech facility known as the Danger Room, equipped with state of the art adaptive combat and athletics routines that challenge each participant in unique ways.  The training facility has been featured prominently in X-Men comics over the years, as well as in various cartoons and the third X-Men film.

A stalwart defender of X-Men and anyone in need of protection, Rogue embodies both power and beauty.  The spirited mutant is captured in a great action pose, poised over the hand of a defeated Sentinel as she looks for the next threat.  Flying over the wreckage, Rogue carries a piece of the trashed robot to use as a weapon (and a warning) to other foes.  The mutant hero’s classic costume is beautifully recreated, with the bright green and yellow of the bodysuit standing out within her dark brown jacket.  Always enthusiastic in the heat of battle, Rogue’s face is perfectly sculpted to show off her fighting spirit.  As an added bonus you can display the X-Woman in either of two of her most popular looks from the comics with alternate portrait heads!

Sculpted by the legendary Erick Sosa, Rogue stands nearly 12 inches tall and is perfectly in scale (1/6) with the other Danger Room Sessions members like Wolverine, Psylocke, Cyclops, and more.  Rogue makes for an impressive display piece on her own and looks even better alongside other Marvel inspired Fine Art Statues from Kotobukiya! 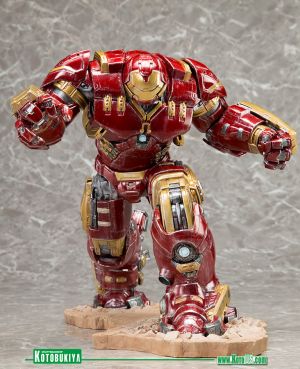 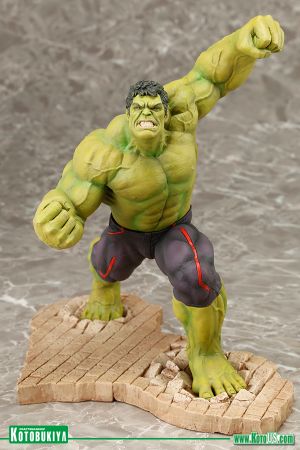