A KOTOBUKIYA Japanese import!  For the next Marvel Comics Fine Art Statue, Kotobukiya turns to a defender of justice by day and by night.  Matt Murdock grew up poor but idealistic in the rough neighborhood of New York’s Hell’s Kitchen, and he was sorely tested by the death of his father and being blinded by radioactive ooze in a freak accident.  However, that injury would also enhance the boy’s other senses, and with training and razor-sharp focus he would become an expert martial artist.  Honing his craft by night while working as a lawyer by day, Murdock defends the innocent and puts away the bad guys as the scarlet-suited DAREDEVIL!  With a career stretching back to 1964, Daredevil is a mainstay of the Marvel Universe and has worked alongside countless other heroes, always carrying his signature modified billy club weapon.

No one can hide from the “Man without Fear” and he’s never looked better than in this powerful presentation.  Daredevil stands on a cracked and broken rooftop, posing in a wide stance as he prepares to swing into the night with his club.  The athletic hero has an incredibly detailed sculpt showing off every muscle and sinew, while his costume is perfect down to the last detail with its boots, gloves, belts and holsters, and raised “DD” logo on his chest.  Daredevil’s face captures Murdock’s intensity perfectly beneath the costume’s distinctive horns, his head cocked slightly as though he can hear crime even before it happens.  In each outstretched hand the hero grips one end of his billy club tightly, while a length of its retractable cord whips around him in a dynamic motion! 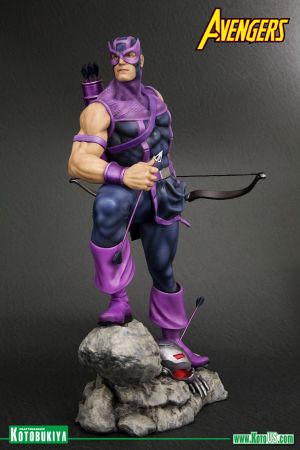 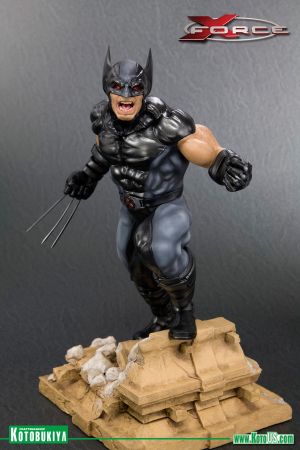