Skip to the end of the images gallery
Skip to the beginning of the images gallery
A KOTOBUKIYA Japanese import! From Togainu No Chi – the anime, manga, and visual novel game known in the U.S. as “True Blood” – comes a new series of high quality Ani*Statues capturing the attractive main characters. In a violent, post-apocalyptic future of bloody battles, AKIRA is a champion of the singles tournament section of Blaster. He is sent to Toshima where the most deadly game of all, the Igura fighting tournament, is played in exchange for his freedom. This Japanese Kotobukiya Store exclusive captures the mysterious and moody Akira casually leaning back on a broken piece of wall. This limited edition version of the fighter has lost his jacket, and his orange t-shirt is shredded to reveal bloody cuts all over the young man’s arms and chest. His wounded left arm is brought up, wiping at the blood dripping from his mouth. Keeping comfortable, Akira slides his tight pants down just far enough to show off his black boxer shorts! The young man’s excellent sculpt includes fine details like the wrinkles and cuts in his clothing as well as his slim but powerful physique. Best of all is Akira’s handsome face peeking out from under his shaggy gray hair. Sculpted by Tatsumaki, the exclusive version of Akira stands approximately 9 inches tall (1/8 scale) and is the perfect companion piece to the new Shiki Ani*Statue!
Pre-Orders
FRAME ARMS GIRL STYLET XF-3 MODEL KIT [2020]
$54.99
January 2021
MEGAMI DEVICE WISM SOLDIER ASSAULT SCOUT MODEL KIT [2020]
$49.99
January 2021
KOJIMA PRODUCTIONS_LUDENS BLACK VER.
$69.99
February 2021
MEGA MAN X FORCE ARMOR
$69.99
February 2021
KARINA MIKAZUKI LBCS:ACHILLES MODEL KIT [RE SOLICITATION]
$67.99
December 2020
Related Products
Lamento Yupon Style One Coin Mini Figures
$49.99
Out of stock
Add to Wish List 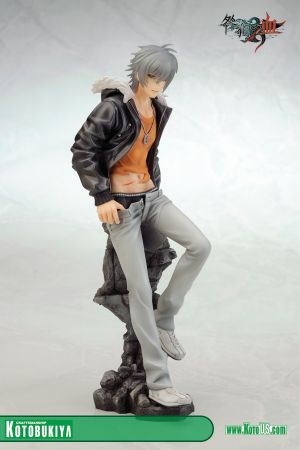